I parked a block away, and walked towards the target house wearing a grey uniform. Tucked under my arm was a small stack of paperwork folded in thirds with a receipt stapled to the front sheet. Tools hung off my belt.

I said I was there to service a filter in the water system. She was expecting me. I don’t remember what my ulterior motive was, but I needed her gone first. I’m pretty sure I was there to steal something important.

The problem was, I really didn’t understand how the filter system worked. I faked it for awhile, but with her watching I ended up dumping the contents of the filter into the sink while the plumbing underneath was disconnected, flooding the lower cabinet.

She’s impatient, says she really has to go. Perfect! I’m from Sears after all, you can trust me to finish the job and then lock up the house on my way out. It would have worked, but she’s smart, and looked for the trademark company vehicle parked out front, to write down the numbers. Finding none, her suspicion grows visibly on her face as she intentionally avoids looking back at me. I prepared to run.

That scene faded, and I dreamt again of  the city. This time I was staying in something closer to a hostel, and complaining how no one in crowded cities can go bowling because an alley would take up too much precious real estate.

Morning came in my dream and my character (as I viewed him from third person) woke up to the starting licks of Rift. Jen was playing it to wake me up, and the scene faded.

Editor’s Note: This is the first of what might become a dream journal. I’ve marked it into a new category. I’ll try to categorize my other posts similarly, so those looking only for tech posts can get to them without wading through this bullshit. 🙂

There’s a city in my dreams, a repeat backdrop for many different stories. It’s not a real city, but the distinct features remain the same, no matter what else is going on in the dream.

It’s out towards the west coast, but not coastal, in either Canada or the northwest US. The streets are generally layed out along cardinal directions, but with just enough 45deg angles, one way streets, and circles to make it complicated to try to get anywhere in a car. But I don’t drive, I’m only ever visiting. So I walk, or I take the subway.

There’s a city-block-wide building that functions as a self-contained Chinatown, with little “streets” running through it like you’d see at a casino. There’s a subway station underneath the building. I usually stay in a hotel across the street. There’s a restaurant that stays open late, late enough that it’s usually the only option left for a meal by the time I get back.

The subway only has a few lines, and they’re circular. It’s not hard to get anywhere, but I have anxiety about missing my stop every time. I usually have business to attend towards the north side of the city, which is uphill. I take the subway, then I walk back downhill to the litttle neighborhood I’ve become comfortable with in time to get a meal before that last restaurant closes.

Sometimes my dreams repeat themselves. Sometimes it’s just a theme that ties them. But when I’m traveling in my dreams, it’s always to this city. When I venture out in a new direction and learn what’s there, it remains static like a newly rendered chunk now commited to file.

I haven’t dreamt about that city for a long time. Maybe years. But it was back last night. It makes sense that in this story it was a replacement for San Francisco, as my dream involved Pantheon, who brought me to HQ that way week before last. I wonder why it persists. Is it just easier on the brain to save and recall one imaginary locale and all its details, instead of making up new scenes for new dreams?

I don’t hold stock in the idea that dreams carry deeper meaning to be unlocked. I think they are the mind’s attempt to make sense out of synapses being fired “randomly” during the brain’s repair and maintenance while sleeping. But I wonder if the body tries to “repair” the brain where our mind’s damage lays. I wonder if a recurring theme in a dream is a manifestation of the mind’s need to have that concept examined by a consciousness that, either through ignorance or willful refusal, ignores it.

I wonder where that city is.

Out of the Silent Planet - 2015 Remaster
Iron Maiden
3 hours 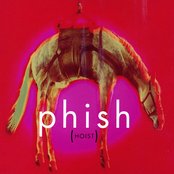 If I Could
Phish
1 day 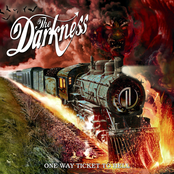 Is It Just Me?
The Darkness
1 day 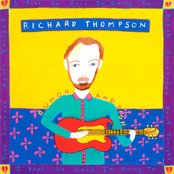