Last night I went to Zappa Plays Zappa, the show where Dweezil Zappa and a group of very talented musicians performs Frank Zappa songs. It was an amazing show. Jen and I were especially impressed with Scheila Gonzalez, who played several instruments perfectly, including a downright amazing saxophone solo, and sang with amazing range.

Since it’s the 40th anniversary of the album One Size Fits All, they played most of the album before doing other hits. If you’re not familiar with Zappa or the album click here and listen to about a minute of it. We sat in  the third row left of center, right in front of the trumpet  / trombone / guitar player, so it was pretty freaking loud. Imagine the scene, and then guess what I did.

Several times in fact. I was following this loud, intricate cacophony of sound, and then suddenly I’m in a random dream sequence with the music in it, and then I open my eyes back at the show. I wasn’t tired before the show started, and after the album finished and they played more standard rock songs I was awake and alert again. Why would the most musically complex music I’ve ever heard performed live make me fall asleep sitting up?

Here’s my theory: as a child my parents would play lots of music, including a lot of Zappa. I would be put to bed at 7 or 8 and they would play One Size Fits All among others while I slept, in an old house with thin walls. Has my brain been trained to associate this music with sleep, to the point where it will put me under in a situation otherwise unconducive to sleep?

If anyone has any insight into this sort of phenomenon, please let me know!

There’s a whole group of Linux users out there (myself included), for whom we aren’t writing guides for. When you search for answers online, you find one of two types of write-ups: basic instructionals aimed at first timers, and advanced hacks for those who already have coding language or two under their belt.

But what about everyone in the middle? Those who know how to live in Linux, but aren’t developers? Can those who develop open-source software put themselves in the right mindset to write documentation for those who don’t know what they know? In most cases, the answer seems to be no.

Here’s an example: when I was interested in trying out Atom, I found this project, which include syntax highlighting for GitHub flavored Markdown. Great stuff, but how do I add it to the text editor? If I was only to use the maintainer’s readme file, I’d be lost on how to use it. Bad form.

On the other hand, here’s a project on GitHub from a former colleague with an excellent readme which covers not only installation. but common configurations and usage. Well done!

I’ve asked around, and I’m not the only one who feels that there’s a gap in tech write-ups. That’s why when we write guides for Linode </obvious product placement> we specify the prerequisite knowledge and link to those guides, and don’t cover anything that’s in them. But all new concepts are explained and exampled.

So if you’re a member of an open-source project, go take a look at your README. Would it make sense to someone who’s never used the language it’s written in? Do you explain how to install it, or expect the reader to already be familiar with make? Think about it please. From now through Sunday I’ll be at Pennapps with Linode, giving out swag, Linode credit, and mentoring where I can! I may also try to do some hacking myself, but I’m not sure if I should be reorganizing my services across different servers, or working on a new project.

These hackathons run 48 hours straight, but I don’t know how long I’ll last. I’ll try to update here as the hours pass.

EDIT: This is what I’ve come up with so far: Python Prime Number Generator

EDIT #2: I’ve made another couple of useless site: GET SCHWIFTY! and MR MEESEEKS 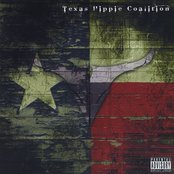 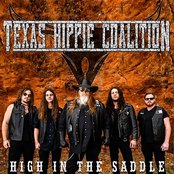 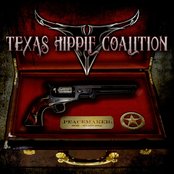